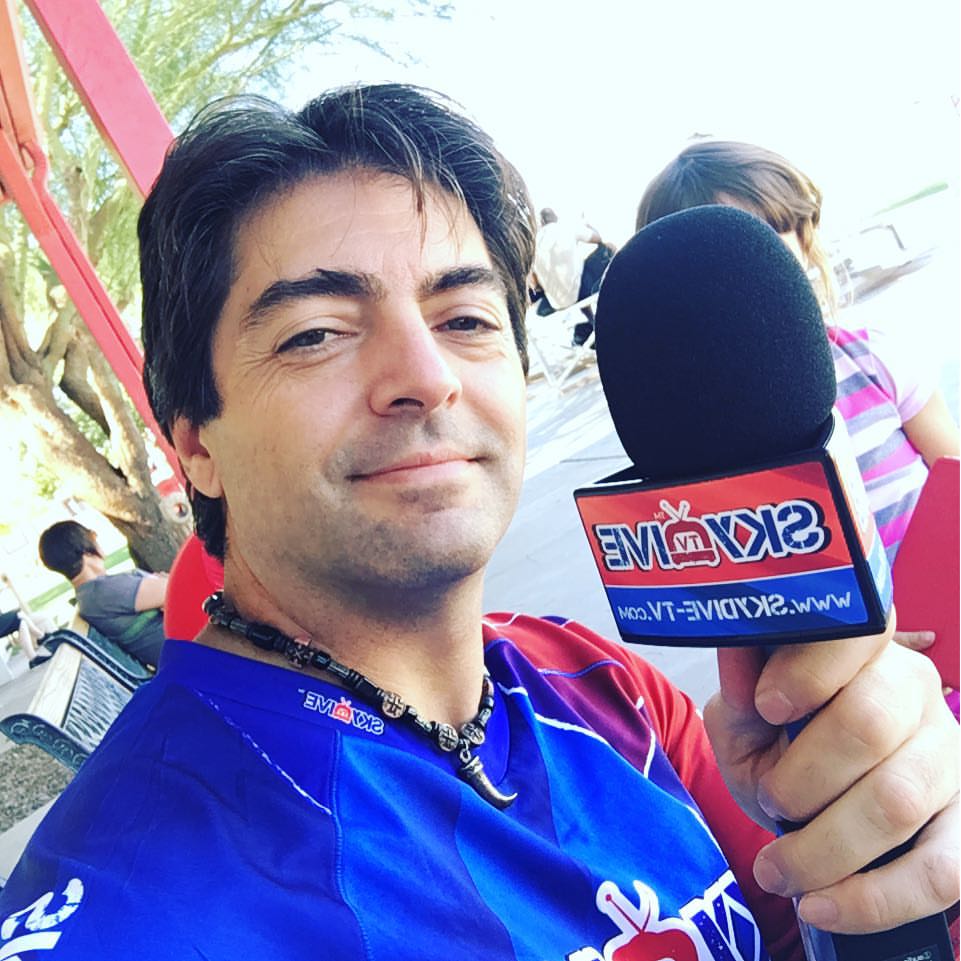 2010 – Complete Coverage of the USPA Nationals 2010 at Skydive Chicago

Occupation as of 2011: Cinematographer / Producer / Director

Son of a world champion Skydiver – Parachkeva Traikova – 1972 11th World Parachuting Championships in Tahlequah, OK, Sammy’s skydiving career begun in his mother’s womb.  She jumped pregnant until the 4th  month and according to her log book, Sammy has 277 jumps before he was born.  After his birth he grew up on the Drop Zone of Kazanluk, which at the time was the training Drop Zone for the Bulgarian National Team, and on the sets of the Bulgarian Movies in Boyana Studios, today called Nu Boyana – the largest movie studios on the Balkans owned by American Millennium Films.  Sammy’s mother retired from skydiving in 1982.  On November 15, 1989 at the age of 15, Sammy made his very first skydive over Bojurishte Airport with Parasof, the Parachute Club in the his home city of Sofia .   The date was only 5 days after the fall of Communism – Nov 10, 1989.  What followed was hard times and hardships for the entire Eastern Block and skydiving was on hold for the next few years.  In 1991, Sammy immigrated to the USA and his professional skydiving and film careers begun.  Few jumps were made between 1991 and 1995.   In 1995 Graduated Northwestern College in Chicago with Business Management degree, Sammy moved to Las Vegas to peruse Film School, lack of money and legal paperwork forced him out of school so he started full time job as a packer at Skydive Las Vegas, the same year he also started an additional job at Flyaway Indoor Skydiving as a wind tunnel instructor . In 1996 he was Chief Cameraman at Skydive Las Vegas – position he held until 1998.   In January of 1996 Sammy started Skysurfing indoors and in June of the same year he made his very first Skysurf  jump with only 110 jumps at Perris Valley under the instructions of Damian Hardlika, one of the top skysurfers at that time.   In 1997 Sammy was s bronze medalist at Perris Valley Challenge Cup with cameraman Kevin Love.  Sammy was also a part of the Flying Elvy team from 1997 to 1998.   In 1998 Sammy teamed up with Emmy Award Winner and 1997 X-Games Champion Cameraman Vic Pappadato.  They were fully sponsored by Fisher Space Pen company and were preparing to enter the 1998 X-Games.  A horrible accident took the life of Vic Pappadato on May 10, 1998.  After the accident Sammy continued to train however it was too late for the X-Games.  In September of 1998 Sammy teamed up with cameraman Steve Verner and together they entered the USPA National Championships of Skydiving.  After only 50 training jumps together Sammy & Steve placed 2nd in the Open Class of Skysurfing.  Steve and Sammy are team mates to this date.  In 1999 the SSI Pro Tour was canceled and with that Skysurfing was out of the X-Games.  This was the end of Sammy’s skysurfing career.  In late 1997 Sammy spent a lot of time with the late Partick DeGayardon in Las Vegas, during this time Patrick was developing and testing the 1st modern wing suit prototype.  Patrick loved Las Vegas and few people know that he did a lot of jumps testing his suit and preping it for the Grand Canyon flights at Skydive Las Vegas.  Inspired by it, Sammy went on to design and build his own version of it.  The prototype was designed, built and tested by Sammy at Skydive Las Vegas and Flyaway.  The prototype was first jumped in Jean NV on Aug 27th 1998 with Kevin Tants from a King Air piloted by Jason Palmer.  The wing suit performed outstanding and Sammy went on to fly it for the next 5 years.  In 1999 Rook Nelson ( owner of Skydive Chicago) made his very first wing suit jump on this prototype.  Sammy has always dreamed to have his own Drop Zone, and in 2005 this dream became reality when he opened Skydive Bulgaria.  The drop zone was run by Sammy & his wife Iva.    Their enthusiasm and financial investment was cut short due to airport issues which forced the closure of their very successful skydiving operation.  With Sammy’s return to Bulgaria after 15 years in the US and the opening of Skydive Bulgaria – Sammy was able to re-introduce the sport of skydiving in Bulgaria in a completely new way, which at the time had been on a 20 years stand by due to the fall of the Iron Curtain and lack of money.  Sammy’s influence to the skydiving community in Bulgaria inspired new generation of skydivers most of which did their first jump at his Drop Zone.

Over the years Sammy has worked as Cameraman, AFF & TI for Skydive Chicago, Skydive Las Vegas, Skydive Bulgaria and quite a few other DZs and has been a freelance cameraman all over the world.  Parallel with his skydiving career Sammy followed his other passion – movies.  Growing up on Bulgarian Movie sets and taking part of various Film and Photography educational schools in Bulgaria, Sammy’s passion for Cinematography grew fast.  From 1990 to 1998 Sammy took part in small Film productions, until one day in 1999 it all changed.   On the way back to LA from Quincy Freefall Convention with a friend and a fellow skydiver Paige McDonald UPM at Propaganda Films at the time – Sammy was hired as a PA (Production Assistant) on a Music Video for Tina Turner.  This was the turning point and the launch of Sammy’s new adventures and new career.  From 1999 to present, Sammy’s career in film went from PA through the Camera & Electrical Departments to becoming a Director of Photography in 2005. (See resume for details).  Sammy has also spent many years in the Convention and Trade show industry as stage hand, working as High Rigger in the construction of stages for live concerts and corporate events,

Skydive TV was first conceived by Sammy in 2004 in LA, while looking for ways to broadcast his videos online.  The problem was that at the time, it would have been financially impossible to make it happen due to the extremely high cost of the equipment & services needed.  Another issue was, Mr. Vassilev is a film production professional – not  Broadcast TV.  Many people don’t understand the difference, but they are huge.  The idea stayed idle until Sammy met Iva in Bulgaria.  Iva is a TV professional with years of experience as Program Director, TV Journalist and TV anchor.  Originally Skydive TV was to be launched from Skydive Bulgaria, but the closure of the DZ forced them to wait another 2 years.  During the additional 2 years the advertisements in IT, Internet, HD digital cameras and software gave Skydive TV the edge it needed to launch.  On April 15th 2010 – the first broadcast was a reality.

Today, Mr.  Vassilev is dedicated to the art and craft of Cinematography and is fully perusing his Film Career as Director of Photography.  His love for the sport of skydiving is expressed via Skydive TV, which he co-founded with his wife Iva Nencheva.  His goal is to give back to the sport via what he does best – Cinematography and Film production. 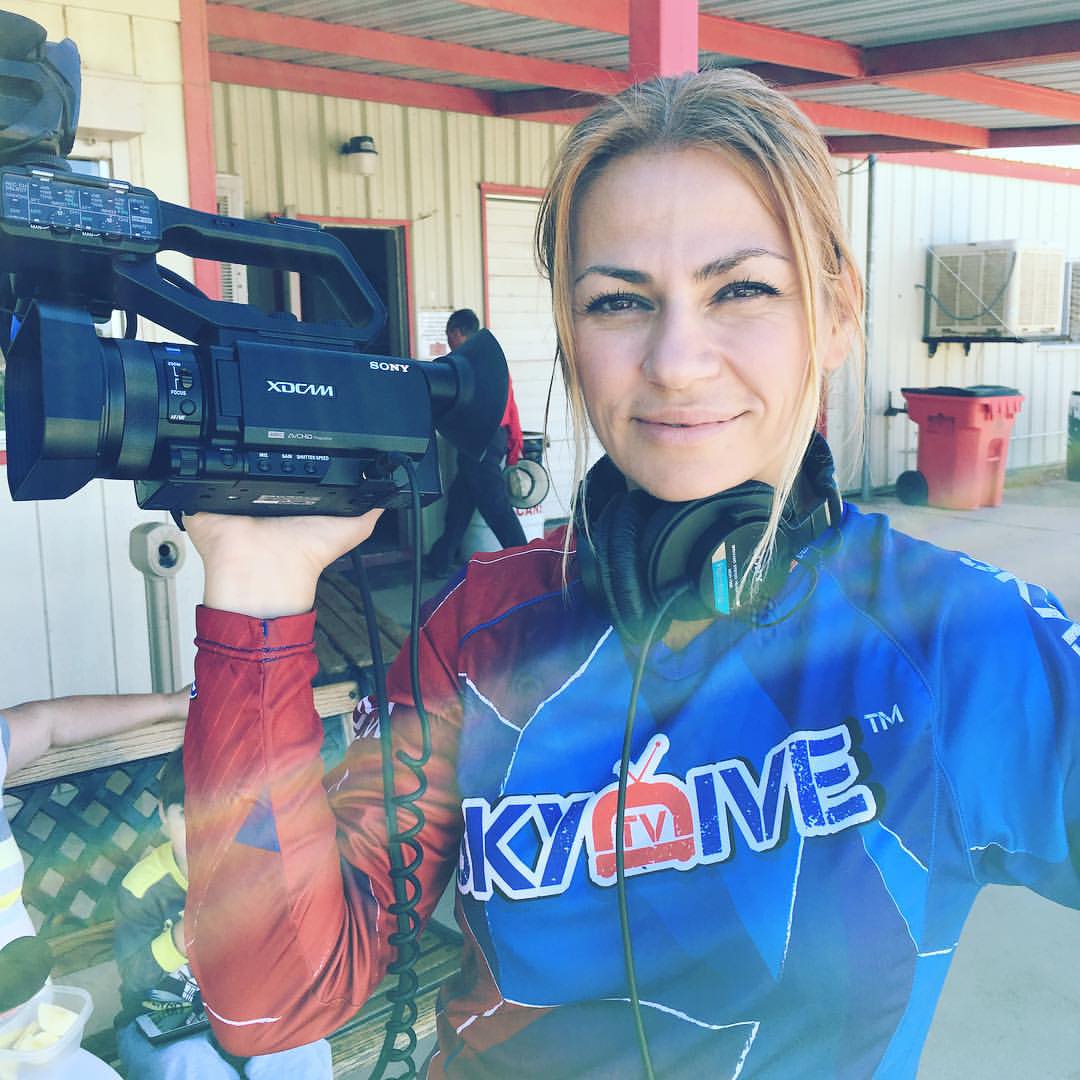 Iva Nencheva is well recognized journalist with top honors, PR and Advertising specialist in Europe and for the last 5 years in USA as well. Even before starting her education in University of Varna, Bulgaria she already worked in the Bulgarian National Television (BNT) as an anchor, journalist and correspondent. After graduating with Bachelor degree in Journalism / TV Broadcasting and secondary degree in Media Management in 1999 she build her career and continued as a TV Program director. In 2003 she started her own National Correspondence Center providing:

– Organizing and producing LIVE Broadcasts from North-Eastern part of Bulgaria

Some of her Journalists Highlights are:

2006 – “The mysteries of the Romanian queen’s Palace”, Balchik, Bulgaria – Documentary

After establishing her journalist / news correspondent business she concentrated her passion in Advertising. In 2004 she becomes Advertising Director for the biggest resort In Eastern Europe “ALBENA” creating and managing the advertising for 45 hotels on the Black Sea. In 2007 she created the Domestic and International AD strategy for the Resort, organizing the Advertising for 3 Airports owned by Albena. Iva represented Albena all over the world at touristic expos in China, Italy, UK, Germany, Romania, Russia and others.

Alongside her duties as an Advertising Director, Iva produced a TV program for the tourists in Albena in 6 languages.

In 2007 Ivelina and Sammy created a Production company and have produced TV commercials, AD spots and WEB Advertising for various European and US clients. 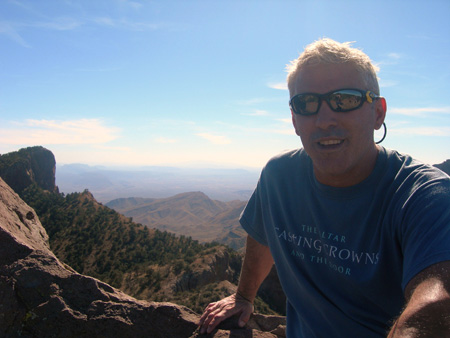